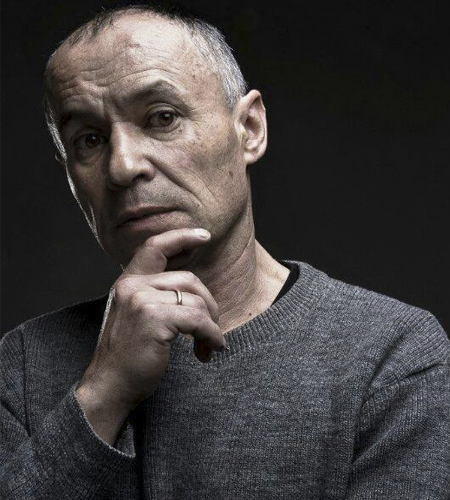 «Born in 1959 in Dushanbe, Tajikistan. Graduated from Moscow Art school under the Academy of Arts of USSR. In 1982 graduated from Moscow State Art Institute named after V.I. Surikov. Member of exhibitions on republican, USSR and international level. His works are in museums and private collections worldwide.

Another side of art life of modern Tajikistan is presented by works of Farrukh Negmat-zade. Farrukh Negmat-zade’s canvases sustained in strict realistic manner, seem slightly unexpected. To remain true to old kind traditions and stay away from any leading modern tendencies is not so easy in our days.

But it seems that adhering to old traditions requests no efforts for Farrukh Negmat-zade. Over many years he remains, generally speaking, follower of the one theme… This is a rural life – within simple and plane lifestyle and slow rhythm.

Motifs of his canvases are also unpretentious. These are everyday situations, landscapes and portraits. They are somehow expressly unpretentious. Moreover, the artist prefers very restrained color range. Such restrained palette is typical, first of all, to modest, insipid and usual sketches. However, coloring becomes more sonorous in some works. Mostly these are women’s portraits or genre sketches. Over the last years the artist strives to expand subjects of his canvases and methods of plastic language. His manner becomes slightly relative and coloring nearly monochromic and his paints suddenly look somehow iconic. At the same time many of depicted motifs are solved by the artist somehow easily, even jolly with considerable portion of humor. Generally Farrukh Negmat-zade is revealed in these works completely from another side. He is not afraid of reproaches indicating the absence of some kind of wholeness.

There is obvious inclination to sings-metaphors in his new paints, remote echo of eastern miniature and nearly photographic fixing, ability to reproduce precisely the imperceptibility of the portrayed moment.

Only time will tell whether it can be taken as consistent search, or the artist will remain true to the found expressive methods». Art critic Larisa Dodkhudoeva